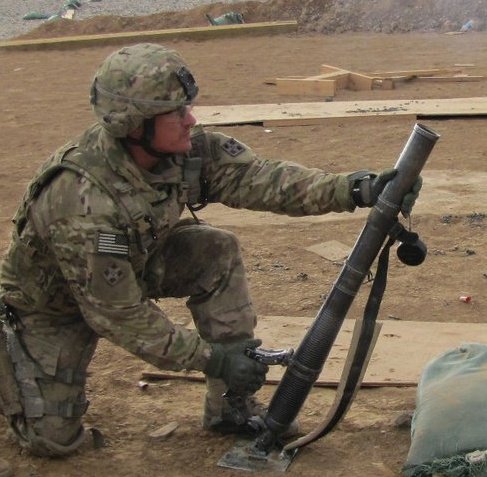 A Little About Me

Born in Olympia, WA. I graduated from Capital High School and joined the Army. Graduating from Ranger School as the Leadership Honor Graduate; I Performed Peace keeping duties in Sinai, Egypt. After I Left the military in 1988, I worked as a Plumbers Apprentice, Leather-Smithing Apprenticeship, Prison Guard in a Maximum Security Prison, college student, Range Master at an indoor gun range, paintball field manager, pawnshop owner, industrial safety supervisor, hazardous material emergency responder. Almost ten years later, I returned to the military in 1997. Serving in the Arizona National Guard until 2005 when I returned to Active Duty. I served two combat tours in Iraq as part of Military Training Team and one combat tour in Afghanistan as a Fire Support Platoon Sergeant and Mortar Platoon Sergeant. For fun I like to explore new places, go 4-wheeling, high-powered rifle shooting, hand gunning, camping, and hiking. I also enjoy flying but, that is an expensive hobby. I have two older boys, who are combat veterans as well. I have been writing most of his life.

Have returned to writing “The History of World War III” and it has progressed past 23K words. This story is coming along nicely as the research is getting easier, somehow. Probably just familiarity with the subject and the locations of relevant information. Book Two in the Pilgrim’s Trail “Casualties of War” is in the final…

The 6.5 Kurz by Floyd Getchell Not another AR-15 Round! Why would anyone design another AR-15 round? The answer is obvious to some and will be obvious to you by the end of this article. 6.5 Kruz has been designed for several reasons; First, the cartridge is designed to overcome the feeding and extraction issues…

BushRangerOverland #1 is under construction. It is an Outback Model Truck Insert for a Ford F-250/350 8′ Bed. It is being built in a pickup bead that my son Marcus began converting in to a trailer and I completed. The base of the frame is laid out with 2″ angle iron. The roof at full…

Writing Been writing a lot lately, it just hits you. Been really happy and that helps with the writing process. “The History of World War III” made its way to the forefront as I received some help on some silly issues involving German Ammunition crates and a 1945 map of southern Germany, as well as…

As Promised, I revealed my huge discovery at the CoKoCon on Sunday in Phoenix, Arizona and it seemed to be somewhat anticlimactic. Either I was unable to convey the importance of my discovery or people simply didn’t care. My paper is still being written and writing this paper has been an education in disappointment of…

I am going to be making a major announcement that will change our understanding of the History of Ancient Egypt during my presentation on Sunday 1 Sep at 11:30 at CoKoCon in Phoenix. It may seem out of place to make an announcement about a major historic discovery at a Science Fiction Convention, but it…

I’m an Official Presenter at CoKoCon 2019 30Aug-2Sep in Phoenix, Arizona. I have two Presentation ‘Alter Your Reality’ where I discuss our place in the Universe and our perception of our World and ‘Science Myth and Fact’ where I discuss beliefs that are thought to be Science that are in fact myth or where Science has…

While the second Pilgrim’s Trail novel ‘Casualties of War’ still lacks cover art for paperback publication and is only available on Kindle, the third novel in the series, ‘Devil’s Ride’ nears completion. 6.5 Kurz development continues with an AK Rifle now ready for testing and 6.5kurz.com has been acquired as a domain name so that…

Have not updated my writing in quite some time but I have been writing. Losing several works was VERY depressing and it took quite a bit of willpower to dive back in and start rewriting these works. Not saying that some of them didn’t need to be rewritten anyway. World War III – 1945 was…

Questions about the 6.5 Kurz accuracy have been asked and I was able to get to the range and answer these. I have never had questions about the accuracy of the round as I purposely designed the cartridge to be accurate using 6.5 mm bullet which has always been accurate as well as making the…